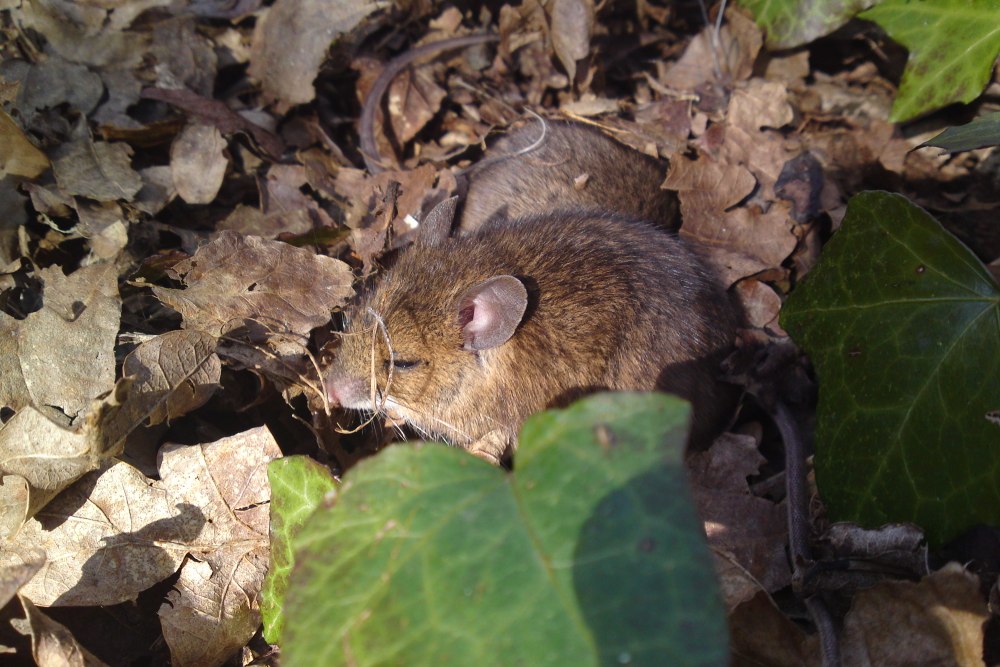 The wood mouse is one of the most abundant and ubiquitous wild rodents in Britain. They have yellowish-brown fur on their backs and pale grey fur on their underside. They have a small yellowish patch of fur between their front legs, but this is not as pronounced as in yellow-necked mice. They have large eyes and ears, and a long, dark, hairless tail, which they trail on the ground behind them. Wood mice are mostly nocturnal, run fast and are very agile climbers. They dig underground burrows in which to nest that probably survive from one generation to the next. Food is stored in chambers for the winter months.

Litters of 4 – 8 young are born between March and November, and females can have up to 6 litters in a year. The young are weaned by three weeks and are sexually mature within two months.

Primarily a woodland species, but they are found in most habitats, including arable land, ungrazed grassland, hedgerows and field margins, as well as gardens and buildings.

GB population 38 million. The population trend is unknown. The wood mouse is widely distributed throughout Great Britain and Ireland, including most of the large islands and many of the small ones.

Wood mice spend a lot of time grooming. They wipe their face and ears with their fore feet and pass their tails through their mouths. Males and females will often groom each other.