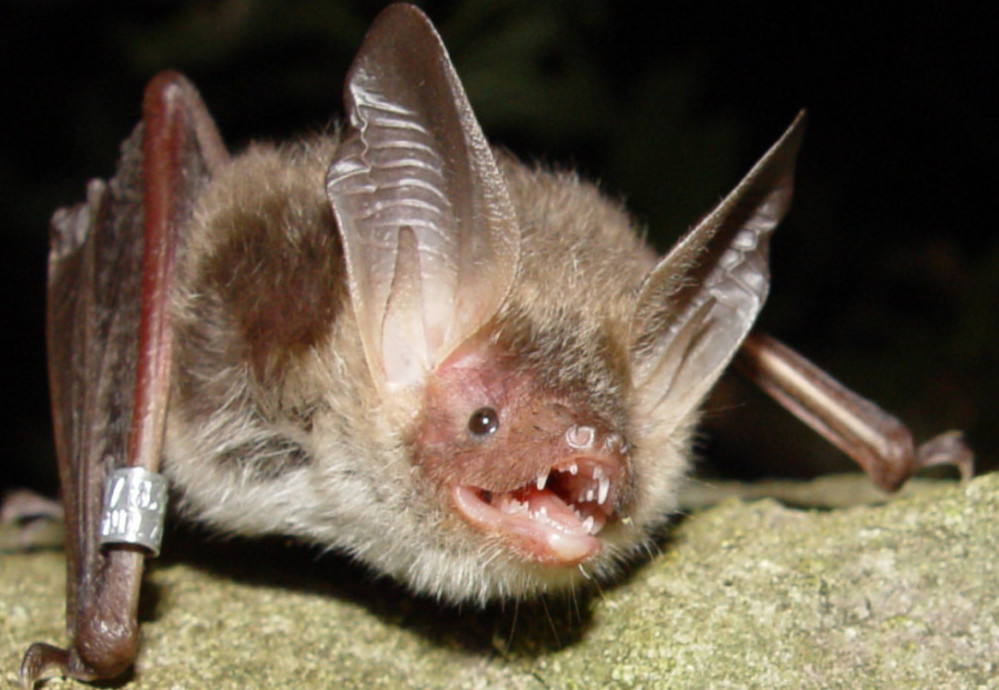 There is evidence that Bechstein’s bat was more abundant and widespread in prehistoric times, and its decline is probably due to the loss of ancient deciduous woodland since then. Today, it is one of Britain’s rarest resident mammals. Bechstein’s bat has long, distinctive ears (although not as long as those of the long-eared bats), which curl back slightly at the tips. They have a bare pink face and pale to reddish-brown fur. They emerge after dark and travel along features such as roads and hedges to feeding sites close to their roosts. They have broad wings that enable them to fly slowly, beneath the tree canopy, and to snatch insects from leaves and branches or from the ground. They will feed in cold and wet weather but not when it is windy. Bechstein’s bats are found throughout central Europe (where they were first described by the 19th century German naturalist whose name they bear) but are rare throughout their range.

Mate between autumn and spring and groups of about 30 females form maternity colonies in late April/May. The young are born in June and early July and disperse by the end of August. The males are solitary.

Mostly natural holes in mature trees and sometimes bat boxes. They are rarely found in houses.

It is thought that they spend the winter mainly in trees but they are occasionally seen in underground sites, especially limestone mines.

Mainly woodland but also found in parkland, orchards and gardens.

Habitat loss and fragmentation. The species’ rarity makes it vulnerable to the loss of individual roost sites and foraging areas.

Bechstein’s are very quiet bats and can be difficult to detect on a bat detector. They have short calls that peak at about 50kHz.

Native and rare. It is classified as near threatened on the IUCN Red List. It is a priority species in the UK Biodiversity Action Plan. They are protected under the EU Habitats Directive, and in 2006, six sites were designated Special Areas of Conservation (SACs) specifically for Bechstein’s bat.

GB population 21,800. In 2005, just six breeding populations were known in England. Only one maternity roost and fewer than 20 hibernation roosts are known. The population trend is unknown. It is found mainly in southern England, Dorset, Wiltshire and Hampshire.

Like long-eared bats, Bechstein’s bats capture most of their prey by listening for noise made by insects.